Prof. Bennett Gershman publishes op-ed on the impact of 9/11 on our privacy and civil liberties 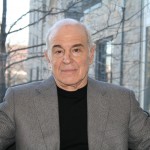 Prof. Bennett Gershman’s op-ed today in The Journal News reflects on the extent to which the attacks of September 11, 2001 — and the fear and insecurity it produced — has impacted people’s privacy and liberty.

He writes: “For example, even with the profusion of new modes of communication (blogging, Twitter, Facebook), it is clear that most people watch more closely what they say, and who they say it to. There also appears to be a new and generally accepted understanding that government needs to intrude more heavily into our daily lives to protect our safety and security. Thus, we recognize and accept the need for limited pat downs and searches of our belongings when we board a subway, or enter a public arena. We understand and accept the need for government to closely inspect our persons and belongings when we board airlines and other public transportation, although the extent of the government’s intrusion has been criticized, especially with respect to body scans. We also understand and accept the increased use of video surveillance in public places. We may not like the idea that we are being constantly monitored, but we recognize the crime-control and crime-solving benefits, as with the recent arrest of the man who was identified from a video camera to accost a young Hasidic boy whom he later killed and mutilated.”