The Brooke Astor Case: When a Will Contest Goes Criminal 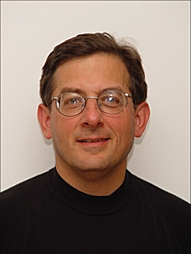 WHITE PLAINS, NY, September 26, 2011–For several months in 2009, a local jury—and enthralled spectators around the country—got an inside view into the world of New York City’s grande dame, the late Brooke Astor, as her son and the family’s lawyer were tried for scheming to bilk millions of dollars from her estate. The trial brought such witnesses into the courtroom as Henry Kissinger, Barbara Walters and Annette de la Renta, and gave jurors a crash course on trusts and estates, and the often complicated legal questions that arise.

On Tuesday, October 11, Joel J. Seidemann, Esq., the lead prosecutor in the criminal case against Astor’s son, Anthony Marshall, and the family attorney, Francis Morrissey, will speak at Pace Law School. He will recount the trial, focusing on issues such as the testamentary capacity of a 102-year-old with Alzheimer’s disease, the potential conflict of interest in multigenerational representation, and the limits of a durable power of attorney.

Attorneys who attend will receive 2 CLE ethics credits. Members of the public are also welcome to attend.

To register and inquire about CLE credit, contact Linda Maccarrone at Pace Law School, (914) 422-4062. There will also be a live webcast of the program here.

Seidemann will address a variety of legal questions raised in the case, including:

Since 1982, Seidemann has been practicing law in the New York County District Attorney’s Office, where he is currently an Assistant District Attorney and Senior Trial Counsel, responsible in part for the investigation and prosecution of murders and other serious felonies. Seidemann is also an adjunct professor of trial advocacy at Pace Law School. He is the author of In the Interest of Justice: Great Opening and Closing Arguments of the Last 100 Years (Harper Collins, 2004), and Guilty by Reason of Stupidity (Andrews McMeel Publishing, 2008).