Making the Polluter Pay: Environmental Enforcement in the Modern Era 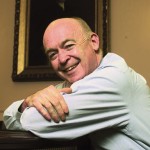 Cruden will address the purpose behind enforcement, the national and international goals of enforcement, as well as key challenges and accomplishments. Drawing upon two decades at the U.S. Department of Justice, where he led or supervised enforcement efforts, he will discuss his work with international prosecutors and judges. Cruden also will present the current enforcement statistics of the Environmental Protection Agency (EPA), and will share his views regarding the future of environmental legal enforcement.

Cruden recently was appointed president of ELI, which provides research, education and publications in the area of environmental law and policy. The Institute’s immediate past president for nearly eight years, Leslie Carothers, is now a scholar-in-residence at Pace Law School.

Just prior to his ELI appointment, Cruden served over two decades as the career Deputy Assistant Attorney General at the Environment and Natural Resources Division of the U.S. Department of Justice. In that capacity he supervised all federal, civil, environmental enforcement and litigation involving agencies of the United States. He personally has litigated and led settlement negotiations in numerous environmental cases, many with reported decisions. Before becoming Deputy Assistant Attorney General, Mr. Cruden was chief of the Environmental Enforcement Section.

A graduate of West Point, Cruden was previously the Chief Legislative Counsel of the Army.

The Gilbert and Sarah Kerlin Lecture on Environmental Law

Pace Law School established the Gilbert and Sarah Kerlin Lecture on Environmental Law in 2000. Gilbert Kerlin was a distinguished lawyer who was of counsel to Shearman & Sterling in New York City, as well as founder and chairman of the Riverdale Community Planning Association, which spearheaded the rezoning of the entire West Bronx to preserve the greenbelt area. His wife of 60 years, Sarah Kerlin, was a longtime trustee of the Bank Street College of Education, responsible for creating and supporting environmental and educational programs at Wave Hill for teachers and public school students. Mr. Kerlin passed away at the age of 94 in 2004; his wife died in 2001.

WHAT: 2011 Gilbert and Sarah Kerlin Lecture on Environmental Law

Free and open to the public.

Pace Law School has over 7,000 alumni throughout the country and the world, and is consistently ranked among the nation’s top three programs in environmental law. On its White Plains, NY, campus, it offers JD programs and the Master of Laws degree in Environmental Law, including the nation’s first graduate level programs in Climate Change and Land Use and Sustainable Development, and Comparative Legal Studies, and a Doctor of Laws in Environmental Law. The School of Law is part of Pace University, a comprehensive, independent, and diversified university with campuses in New York City and Westchester County. www.law.pace.edu