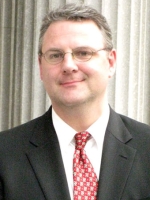 According to the story, the chairman of the CME Group told the committee that Corzine “was aware of loans that may have used customer money, contradicting Corzine’s two testimonies to Congress and authorities investigating missing clients’ funds.”

The story states that MF Global’s chief financial officer, Henri Steenkamp, and chief operating officer, Bradley Abelow, earlier testified that they did not know where the missing client money is located. The two executives and Corzine said they did not authorize any transfers of customer money.

Prof. Pekarek, who serves as assistant director and supervising attorney of the Pace Investor Rights Clinic, told ABC News that it is “quite conceivable” the three MF Global executives answered truthfully when stating that there were no directives to misuse or transfer customer funds.

“Whether the firm violated federal securities laws related to its non-disclosure of the off-balance sheet transactions that led to its demise is an entirely different question, both in terms of prospective civil and criminal,” Pekarek said.

Pekarek said he suspects that U.S. and U.K. customer funds were “re-hypothecated,” or pledged as collateral for a loan, through one of MF Global’s British subsidiaries. Canadian customers were reportedly refunded their account proceeds within two weeks of the firm’s collapse.

“How is it possible that Canadian customers were quickly made whole, yet U.S. and U.K. customers are now likely to proceed as mere unsecured creditors?” Pekarek asked.