Prof. Bennett Gershman on HuffPost: “Gingrich and the Constitution” 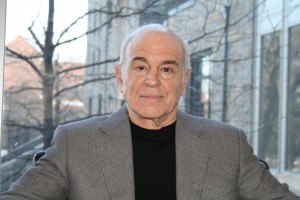 Indeed, one could make the case that the Constitution offers no explicit support for the idea that the judicial branch gets the last word in interpreting the Constitution. The starting point for so-called “judicial supremacy” is the Supreme Court’s seminal 1803 decision in Marbury v. Madison, in which Chief Justice John Marshall declared that the “judicial power shall extend to all cases arising under the Constitution,” and that “it is emphatically the province and duty of the judicial branch to say what the law is.” But Marshall’s assertions are just that — assertions. There was virtually no contemporary support for his arguments, especially his claim that the Judicial branch has the exclusive power to review the actions of the Executive and Legislative branches of our government. […] Indeed, one could restate Marshall’s famous dictum to accord with contemporary constitution law: “It is emphatically the province and duty of the legislative department to say what the law is.”

Because of Marshall’s tight logical reasoning, rhetorical flourishes, and political brilliance, the power of the Supreme Court became legitimized, and the Court was enabled to begin to confront the oldest and most important constitutional question — the relationship between the federal government and the states. Thus, Gingrich’s attacks might be more acceptable on the federal level, where the inability of courts to have the last word on conflicts between the Court, Congress, and the president would not cause our nation to crumble. However, if those conflicts pitted the national government against the states, then undermining the power and independence of federal courts, as Gingrich is trying to do, would likely destroy our nation, as the Civil War dramatically showed. Unless the federal judiciary could force states to obey national law — whether the law involves the right to speak, to obtain an abortion, or to secede from the union — then we could no longer function as a “United States.”