The Year in Media Coverage

Major news outlets turned to Pace Law School faculty members for expert commentary and analysis of some of the year’s most closely watched cases and legal issues. Here are some highlights.

International Monetary Fund Director Dominique Strauss-Kahn, charged in May with sexually assaulting a maid at the Sofitel Hotel in Manhattan.

Bennett Gershman and Audrey Rogers commented about the case on multiple occasions in the Financial Times, the Wall Street Journal, Reuters and the Associated Press.

Trial of Casey Anthony, who was acquitted in July of murder, aggravated child abuse, and aggravated manslaughter of a child in the 2008 death of her two-year-old daughter, Caylee.

Merrill Sobie was quoted in Reuters about NY’s proposed “Caylee’s Law,” which would make it a felony to fail to notify the authorities of a child’s death within 24 hours, or a missing child within 72 hours.

Linda Fentiman and Bennett Gershman were quoted extensively in Reuters and the Courthouse News Service as the trials progressed.

Michael Mushlin spoke to the Associated Press about the ruling in Brown, Governor of California, et al. v. Plata, et al., which required California to reduce its cramped prison population by 30,000 inmates. 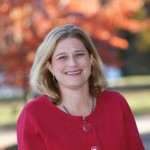 Linda Fentiman was quoted in the Times Herald-Record (Hudson Valley) about the Court’s ruling in AT&T Mobility v. Concepcion, making it harder for customers to file class action lawsuits.

Bridget Crawford spoke to the website Campus Progress (The Center for American Progress) about the Court’s ruling in the class action suit against Wal-Mart.

Our announcement of the innovative new Pace Community Law Practice received much attention from the media. Its launch was featured in the National Law Journal, the New York Law Journal, National Jurist magazine, and the Westchester County Business Journal. It was also talked about around the blogosphere.

On the occasion of its 20th anniversary, the Pace Women’s Justice Center was featured in a front page story in the Journal News. The Center’s annual benefit dinner was also mentioned in a New York Times story about charity auctions. 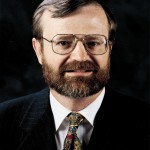 A gathering of international law professors from around the country on the legality of the U.S. killing Osama bin Laden, held only days after the attack, was covered in the National Law Journal, on News 12, in the Journal News, and on WCBS radio.

Darren Rosenblum was quoted in the Washington Post when the Obama Administration announced in February that it would stop defending the federal “Defense of Marriage Act.” When New York legalized same-sex marriage in June, he was interviewed by Gannett news and WAMC Northeast Public Radio.

Ann Bartow spoke to the National Law Journal in May about women making gains in law school deanships. 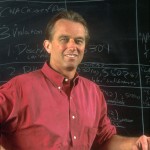 Robert F. Kennedy, Jr. was profiled in the Huffington Post and appeared on The Colbert Report in June in connection with a documentary film, “The Last Mountain” featuring him.

Emily Waldman was quoted in the Wall Street Journal in September about a Bronx church that filed a petition asking the Supreme Court to review a June appeals court ruling that would bar churches from holding worship services on school property.

Thomas McDonnell commented in the National Law Journal in September about changes to the legal landscape since the terrorist attacks of September 11, 2001. 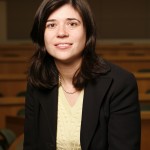 Elizabeth Burleson was interviewed on the Bloomberg Law Podcast about the controversial method of natural gas drilling known as “fracking.”

In March, Professor Bennett Gershman published an op-ed in the National Law Journal about a U.S. attorney’s bizarre request to prevent the filing of “friend of the court” briefs in the case before the US Court of Appeals of Sholom Rubashkin, chief executive of a kosher

meat processing plant in Postville, Iowa, who was convicted for bank fraud.

In April, Professor David Cassuto published an op-ed in the Christian Science Monitor about the impact of the federal budget deal on the endangered gray wolf.

In November, Professor Andrew Lund’s letter to the editor, “Is it Time to Take Away the Bankers’ Bonuses?” was published in the New York Times.

Professor Bennett Gershman has a regular column in the Huffington Post where he writes about criminal cases in the news, and complex legal issues. His commentary touched on stories such as the Penn State child sex abuse scandal; Occupy Wall Street; the Supreme Court’s consideration of GPS surveillance; the Casey Anthony trial; and the Barry Bonds perjury trial. 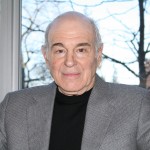 Professor Robert F. Kennedy, Jr. posts articles on a regular basis on the Huffington Post about environmental law issues and politics. These include such opinion pieces as, “The Fracking Industry’s War on The New York Times—And the Truth,” and “Big Carbon’s Sock Puppets Declare War On America And the Planet.”

Franz Litz, executive director of the Pace Energy & Climate Center, began regular commentary on WAMC Northeast Public Radio in September on issues relating to climate and energy. These include hydrofracking; green jobs; replacements for Indian Point nuclear power plant; and the politicization of the issue of climate change.

See all of Pace Law School’s news coverage by clicking the blue Newswire banner at the top of the page!